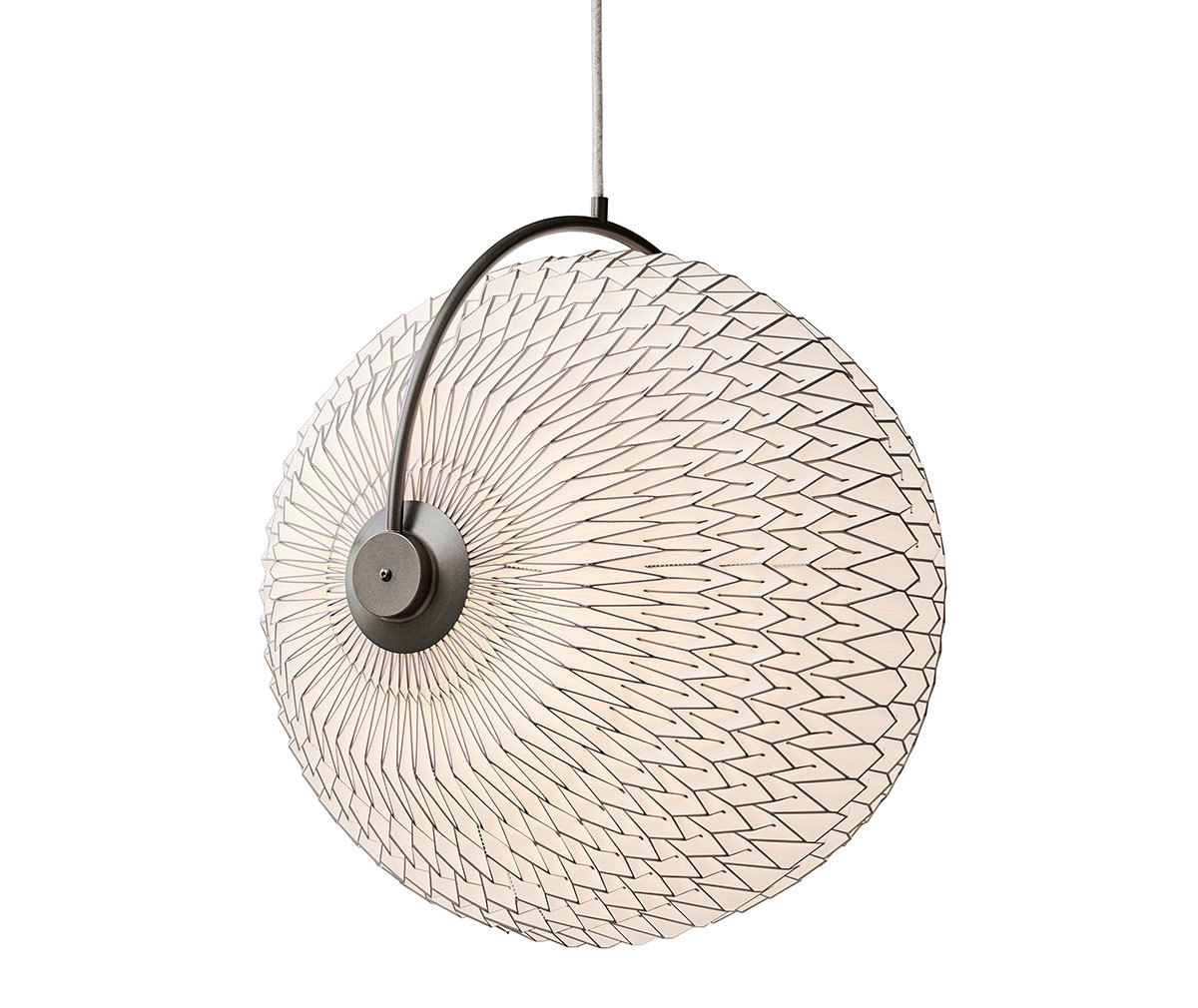 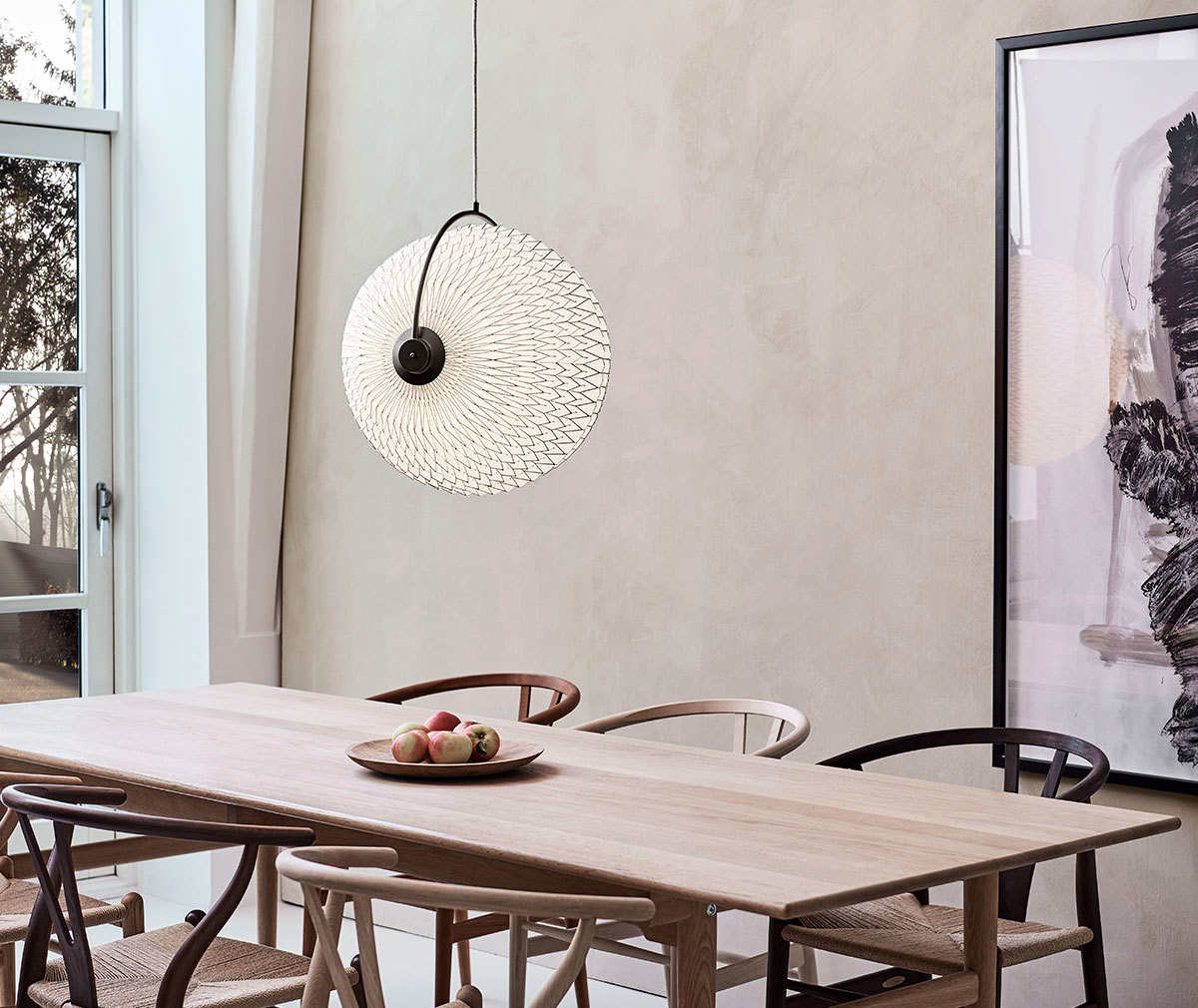 The Caleo Original pendant lamp by Le Klint is a fascinating combination of traditional and modern design. Its Danish designer Rikke Frost added bronze lining to accentuate the folds of the paper shade. The name of the lamp, Caleo, is Latin for “I glow (with heat)”.

The Caleo hangs from its brass bracket playfully and rotates freely around its axis. The Caleo was announced in 2019 on a Danish television show in which the contestants were tasked with designing a dining table lamp. In addition to the dining area, the ample Caleo is also a great eye-catcher for the living room.

All shades made by Le Klint are folded by hand at the factory – a skill that takes years to master. Length of linen cord 3 m.

Copyright © Vepsäläinen 2022 | We reserve the right to change prices.